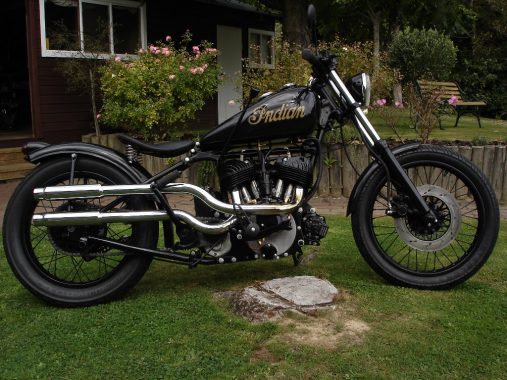 This is Rex Hosking’s of New Zealand, 741 Indian scout named BlackBird. Indian made two “army” bikes for WWII, the 741 was a detuned Scout at 30.5cid (500cc) and the 841 a radical departure with a turned V twin, foot shift, hand clutch and shaft drive. There are a large number of 741 bikes around and have become popular as a little tweaking can bring them to life…for both the 841 and 741 where known to be slow.

You can tell he used Honda forks and most likely Japanese rear and front hubs and brakes. It has sports scout 45cid flywheels installed that increase the stroke of the engine creating 680cc . The frame and tanks are clearly all Indian and the Fiat distributor and Japanese alternator both look right at home too.

Not sure if I would like left hand throttle and right hand shift, but it looks good for an old Indian. 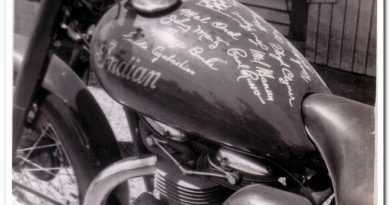